Yeah I remember there was a kidrauhl comment on a Beyonce video lol.

But I was thinking about another page showing the complete list. Not only customized by west coast customs.

Is it ok if I do a "List of Cars" page with all the customizations and everything or maybe it's too much do that page here?

Jb broke many records. I mean, a lot of crazy records, on spotify, youtube, itunes, billboard charts... AND HE STILL!!!

I would like to see a page to be able to add all the news and forgetten records that were really legendary like that in 2010 My world 2.0 sold more copies in the second week than in the first, being an album that debuted number 1, beating a The beatles album that they released in 2000. Or that Under the mistletoe was the first album by a male artist to debut at number 1. Some like that.

. Justin Bieber becomes the first artist to debut 3 albums on Billboard 200 before turn 18 (and the date of the record)

. What do you Mean? Lyric video becomes the most watched lyric video in the first 24 hours in youtube (and the date of the record)

. Youngest Male to debut at No. 1 on the Billboard Hot 100 (and the date of the record)

. Justin with Changes beats Elvis record... (and the date of the record)

You know, I know is crazy looking for all the records and archivements, but If we saw or found some we added that on the list. I would like to see it honestly. xoxo

DId Maejor post JB6 producer or just a studio season pic. I mean, it's not normal have a lot of these producers on one song you know.

Rodney Jerkins, Josh Gudwin, Skrillex, Harv, Tay, Tom Strahle and others. Taking out Ryan and Justin's pastor. Maybe they are there just cuz both are jb friend.

Benny Blanco, Finneas or Holy producer are already legally registered as producers because their songs have already seen the light, but those ones here maybe they met to sign the legal contracts of the songs they produced. I don't know how that works but they may have done that.

What I'm saying doesn't sound crazy you know. Like I said, it's not normal to have a lot of these producers in a studio season. 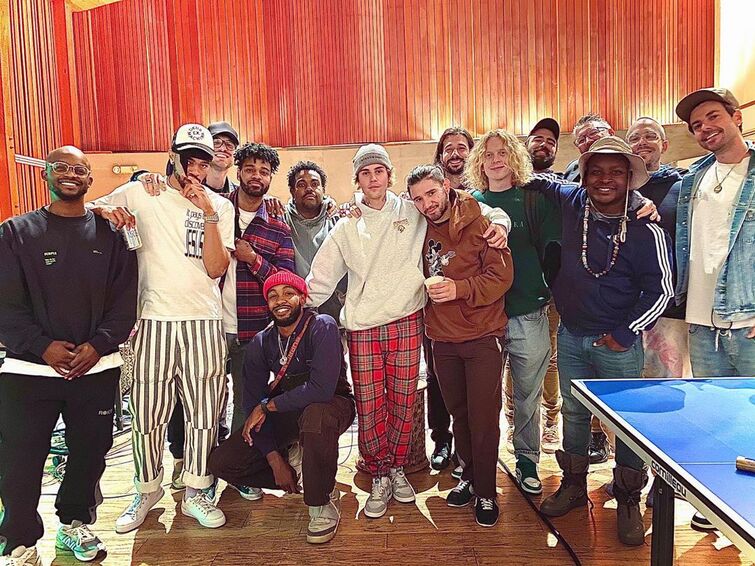 I was thinking more like tv or tour you know.

I know it's hard to find all of them and I don't know if we can do something like this here, but I'd like to see a list or a page of Justin's live performances on tv / awards, events, etc. Counting all his shows in a year, on Ellen, Jimmy Fallon, tour, you know. I don't know if y'all understand what I talking about.

It is unnecessary, yes, but I would like to see it here.

Wikipedia has "List of Justin Bieber live performances", but it is out of date.

It would be good if we do something like this here and update it when he do a live performance on tv/award or somewhere.