The Believe Tour (also advertised as Justin Bieber Live) is the second concert tour by the Canadian recording artist Justin Bieber launched in support of his third studio album, Believe. Beginning in September 2012, the tour has played over 100 shows in North America, Europe, Africa, Oceania, and Asia. 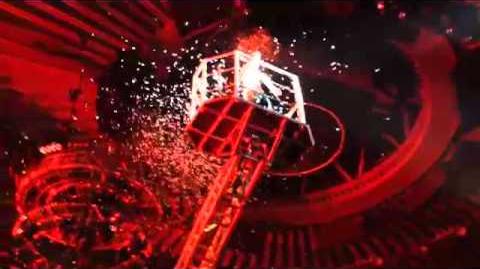 The tour was announced on May 23, 2012, during Bieber's appearance on The Ellen DeGeneres Show. Dates were revealed for shows in the United States and Canada later in the day. Bieber stated the tour would be the biggest show on Earth. Shows in the United Kingdom were reported in July 2012, with the tour expected to reach Asia, Australasia, South America, along with South Africa and the Middle East sometime in 2013.

Rehearsals began in late July 2012 at the Long Beach Arena in Long Beach, California. Bieber and crew would conduct 10-hour rehearsal days. Bieber states he has a lot to prove with this tour. He continues to say he feels like an underdog with many doubting the longevity of his career. The tour is his opportunity to take things to the next level.

The tour was an early success in the United States, with many dates selling out in one hour. The show at Madison Square Garden is believed to have sold out within 22 seconds. In August, the signer conducted an online search for dancers on the tour. Contestants were to submit videos via YouTube to be entered into the competition.

The tour kicked off in Glendale, Arizona at the Jobing.com Arena. The premiere made headlines for Bieber feeling ill during the show. His performances of "Out of Town Girl" and "Beauty and a Beat" were interrupted as the singer vomited on and off stage. Bieber remarked to the audience: "It's hard for me, you know, not feeling great and throwing up in front of a bunch of people. Will you love me even though I'm throwing up on stage? OK, I wanted to give you my best show ever, so do you mind if I finish it?" The singer later stated milk and spaghetti was the reason for his illness.

The tour faced further troubles during the concert at the Tacoma Dome in Tacoma, Washington. Following the show, Bieber tweeted his personal laptop and camera were stolen during the show. Many fans lashed out against the arena while others believed the incident was a hoax. Three days following the show, Vevo premiered the video for the singer's third single with an opening message: "In October of 2012, three hours of personal footage was stolen from musician Justin Bieber. The following footage was illegally uploaded by an anonymous blogger." Many media outlets reported the theft was a hoax to promote the music video. However, the singer's management still affirm property was stolen.

When reflecting on the Believe Tour, Bieber's favorite moment was his introduction when he'd come down from the top of the stage in wings, and remain above the audience for about 30 seconds. Bieber explained, "It's going to be such a memorable moment from any tour. I think people will remember that. Coming down right from the beginning of the show, it's me and the wings for about 30 seconds. It's such a big moment. People are just captivated and there's nothing else going on, so that moment is going to bleed into their memory."

Retrieved from "https://justinbieber.fandom.com/wiki/Believe_Tour?oldid=142667"
Community content is available under CC-BY-SA unless otherwise noted.