Itskaito_ "Seriously nice talking with @justinbieber today. Not just putting this out here in the air. But sometimes people may think these "celebs" .." 9:32 PM (Pacific Time (US))

Itskaito_ "Are to into themselves or are crazy but man never met somebody so humble!" 9:33 PM

alfredoflores "@justinbieber and I just casually chillen with Obama." via Instagram 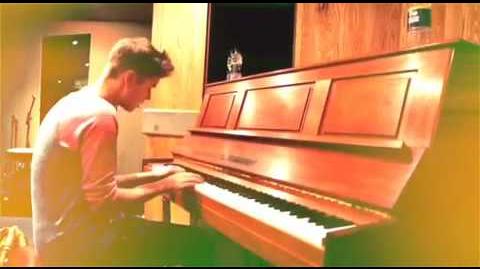 justinbieber "My Brazilian beats. Love u brazil!" via Instagram

blissmag "We're at a very special do for the radio one teen awards with actual @justinbieber . SCREEEAAM! We'll give you the goss as we have it!" 3:01 PM

blissmag "@justinbieber just told us he has 150 pairs of shoes. Whaaaat?! How he's treating us to a bluesy version of boyfriend #bbcradio1teenawards" 3:22 PM

AhoyBieber "I just got to witness justin get his star present! No words just tears" 7:51 PM

AhoyBieber "Basically kadra is too hysterical to tweet but we went up to justin with the star, kadra told him about their 4 years and" 8:30 PM

AhoyBieber "He was like "you remembered" then did the cutest smile and promised to instagram the star tonight :-)" 8:33 PM

AhoyBieber "Justin was given his star while fall was playing in the background" 8:45 PM

BboyJstyles "On my way to meet the guys 2 go to the VMAs 2 do the @Justinbieber show it will be the most exciting day of my life!" 10:56 AM

missjacquerae "shouts to my homie @lilmb123 who was up there dancing with @justinbieber on the awards show... EVERYONE FOLLOW HIM PLEASE" 7:00 PM

Mic1 "Todays vma performance was crazy!! Thanks to everyone who came to support @justinbieber and @legacimusic http://plixi.com/p/44848204 #fb" 7:15 PM

DJTayJames "before the show i told biebs that he was goin to win.....#nocomp my mann congrats @justinbieber" 8:37 PM

JessieJDecker "@justinbieber see u tom. sunshine. Welcome to my town!" 12:16 AM (Eastern Time (US & Canada))

Retrieved from "https://justinbieber.fandom.com/wiki/12_September?oldid=138215"
Community content is available under CC-BY-SA unless otherwise noted.