Usher "Surprised ATL tonight with the fam @justinbieber on the #PurposeTour. Love you man!" 10:32 PM

Anne Frank House "Yesterday night Justin Bieber visited the Anne Frank House, together with his friends and guards. Fans were waiting outside to see a glimpse of him. He stayed more than an hour in the museum. In our guestbook he wrote: "Truly inspiring to be able to come here. Anne was a great girl. Hopefully she would have been a belieber."
Tonight Bieber will give a concert in Arnhem in the Netherlands." 2:59 PM (Amsterdam)

alfredoflores "St. Andrew's School is in BEASTMODE" via Instagram

TheJayReeve "Off to film MTV NEWS, secret for twihards, behind the scenes with Justin Bieber and the Artisan Guns. GET IN!!" 2:30 PM (Pacific Time (US))

justinbieber "It's wild..this was the morning I got signed just 2 years ago. very grateful - http://www.youtube.com/watch?v=lXOWt524IQM" 8:14 PM 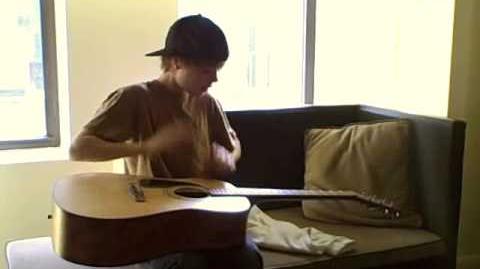