justinbieber "Kim and Kanyes kid is swagged out.." via Instagram

PierreBalian "Just had the most humbling call from JB. Thank you for your kind words bro bro." 11:23 AM (Pacific Time (US & Canada))

TedKenney3D "Did you find your car yet @IAMWILL? I found mine and it feels great! Amazing new music coming from you #willpower" 3:15 AM (Pacific Time (US))

iamwill "I'm going to be optimistic and pray that my car is returned and safe..." 4:26 AM

iamwill"Flying to portland for #intel while my car is still m.i.a...#wheresmycar" 3:02 PM

iamwill "Im not going to the police...spread the word via tweets in case I'm getting punk'd. I don't want to waste tax dollars on pranks #wheresmycar" 5:55 PM

iamwill "There going to find the people responsible for this...#wheresmycar...#trackingdevice" 6:35 PM

sweett20tora "@iamwill is playing a joke!! His car is not stolen!!! If is was, he would've contacted authorities! Nice LOL's for me though..." 7:27 PM

iamwill "According the my GARAGE it hasn't been found #wheresmycar ..."@AArnoldphoto: @iamwill according to TMZ your car has been found."" 7:29 PM

justinbieber "Chaz eating edamame for the first time." via Instagram 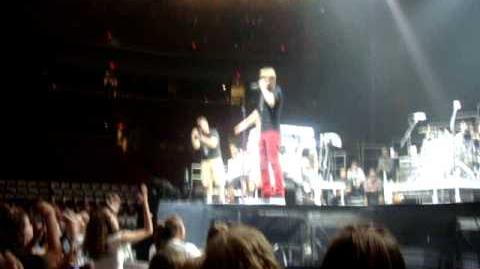 Justin Bieber - Teach Me How To Dougie Jerk

Justin Bieber - Wanna Be Starting Something

playhouseradio "SHOW US YOUR PUDDIN to sit ON-STAGE @ Flo-rida/Sean Kingston/Justin Beiber TONIGHT @ 5/3 ballpark. Get our attention and WIN! "I <3 PUDDIN"" 6:27 AM (Central Time (US))

playhouseradio "Headed to 5/3 to meet The Playhouse an Justin Beiber.. SHOW US YOUR PUDDIN Jp" 2:57 PM

B96Chicago "Justin Bieber was at the B96 Studios today and performed "One Time" live on the Comcast Couch! Watch it now! http://tinyurl.‏com/qbs3p6" 3:09 PM (Central Time (US))

playhouseradio "Just got our winner for SHOW US YOUR PUDDIN - u gotta see this picture! Justin Beiber, Sean Kingston, and Flo-rida coming" 6:18 PM

justinbieber "I just have to say I love you guys so much. Thanks to your support my life is changing in a positive way for me and my family. THank YOU!!" 11:17 PM 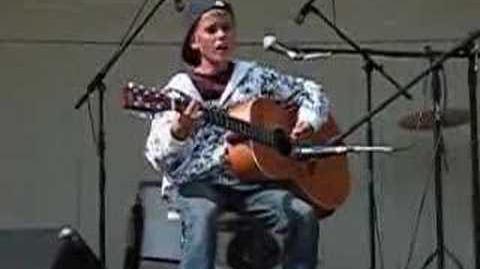 Justin singing You and Me by Lifehouse

Justin Bieber on the drums
Community content is available under CC-BY-SA unless otherwise noted.
Advertisement