BieberLighting "@heart_rauhl @iKidrauhlAlways @foster_kiki There were no papz tho lmao i was there, i only saw fans" 6:08 PM (Central Time (US))

BieberLighting "@NJJustinTeam NO OMG BUT WHEN HE WENT BACK TO LAND I WAS INFRONT OF HIM AND WE WERE FOLLWING HIM AND I KEPT SHOUTING "I LOVE YOU" "TE AMO"" 6:10 PM

BieberLighting "I think he's leaving Panama, a girl who's still there told me that he got inside a car and left and now people are taking his bags out" 6:11 PM

xJawz "Just got escorted to the tour bus area at a Justin bieber concert. That was a first" 8:32 PM (Eastern Time (US)) 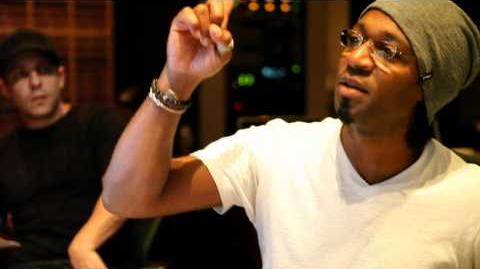 BOYFRIEND - Behind the scenes - On ITUNES NOW

hoogs "Great night in the studio with @justinbieber and @CodySimpson #somuchtalent in one room" 1:15 AM (Pacific Time (US))

TwitterMusic "And yes, @justinbieber is here. We saw him talking with @michaeljackson's mother and posing with the kids. :) #MJFOREVER" 11:14 AM

TwitterMusic "Backstage, @justinbieber said he wanted to be here not just because MJ was a star, but because he was a great humanitarian. #MJFOREVER" 11:30 AM

justinbieber "back in the studio...then off to FRANCE tomorrow. #NRJAwards" 9:12 PM

maddie184 "I just did my voice lesson at Jan smith and @justinbieber was in the other room...too bad I couldn't have gotten an autograph! Haha" 2:06 PM (Eastern Time (US))

maddie184 "@brynedavis I know I almost died. Yes I saw him and heard him sing but I was in my lesson so I couldn't go out and try to talk to him:( haha" 2:35 PM

Tomigunn "Great feeling putting 2gether a killer band for the Justin Bieber Tour. ATL is getting it IN!!!" 1:57 PM

jermainedupri "@justinbieber what up Justin did you hear the song" 5:54 PM

KennyHamilton "In studio with @JustinBieber this album is going to be incredible! So proud!" 6:36 PM

Retrieved from "https://justinbieber.fandom.com/wiki/26_January?oldid=145784"
Community content is available under CC-BY-SA unless otherwise noted.