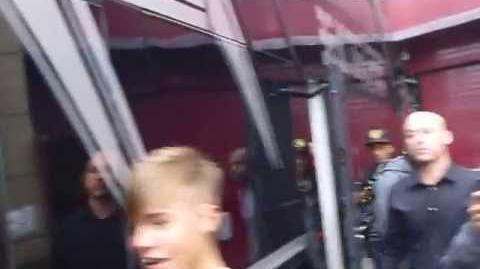 ↳ YeshuaTheGudwin "@AvonTheaterr well, right now their named in the city they were written. And we've been doing a lot of traveling" 9:08 PM

iamwill "@justinbieber I think the song we did today is a big mega radio smasha...#willpower" 12:32 AM (Pacific Time (US))

Justin Bieber at the White House.

Marvin Ryan "Performing at The White House today with Justin Bieber" 11:12 AM (Eastern Time (US))

Retrieved from "https://justinbieber.fandom.com/wiki/5_April?oldid=137684"
Community content is available under CC-BY-SA unless otherwise noted.