A Song For Mama

“A Song For Mama” is a song by Boyz II Men. Justin covered the song when he started with his YouTube channel.

In 2011, Justin was in the studio recording new music in France, he recorded the song for mother's day. Justin's stage manager, Scrappy, was the only other person who knew he had done this. When they finished the recording, Scrappy liked the song so much he asked if he could give it to his mom too.[1] 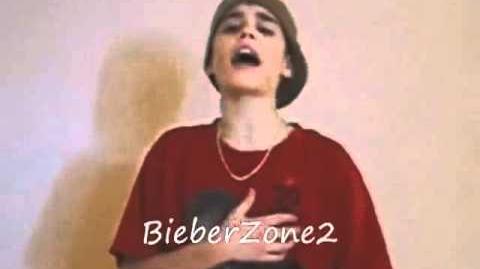 You taught me everything
And everything you've given me
I always keep it inside
You're the driving force in my life, yeah

Yes it is, yes it is

Retrieved from "https://justinbieber.fandom.com/wiki/A_Song_For_Mama?oldid=136632"
Community content is available under CC-BY-SA unless otherwise noted.