Guitar: Andre Harris
“All That Matters” is a single by Canadian recording artist Justin Bieber.

The lyrics of this song are pretty self explanatory - when you fall in love with someone, that someone can make you feel whole. I feel like anyone who has been in love knows what I mean. The song conveys that being in love is one of the greatest feelings on earth. Love is all that matters.  But the void you feel when that love goes away is gut-wrenching. I worked so hard on this song in the studio - trying to put that feeling into music was extremely important to me. I'm happy to share it with you. - JB

In an interview in December 2013, Bieber confirmed he wrote the song when he was in a "happy place" in his relationship with Selena Gomez, until they separated in early 2013.[1]

The song samples “Space Intro” by Steve Miller Band in the outro.

[Verse 1]
Oh oh, just as sure as the stars in the sky
I need you to show me the light
Not just for the meanwhile, for a long long time, better believe it
Oh oh, whenever you're not in my presence
It feels like I'm missing my blessings, yeah
So I sleep through the daylight, stay awake all night
'Til you're back again, oh, yeah, yeah
You think I'm biased, to my significant other
You hit it right on the head, only been missing my lover
Got a whole lotta texts on my phone and I don't reply
The next eight bars tell you why

[Verse 2]
Take the gas out the car it won't drive
That's how I feel when you're not by my side
When I wake up in the morning up under you, and only you
Oh oh, grateful for your existence
Faithful no matter the distance
You're the only girl I see
From the bottom of my heart, please believe

The music video was directed by Collin Tilley and starred by Cailin Russo. 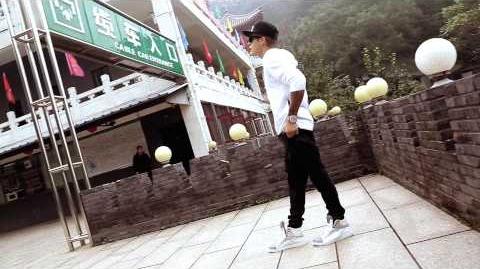 All That Matters (great wall of china viral) ft. The Camel 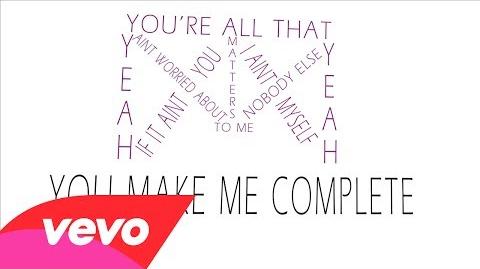 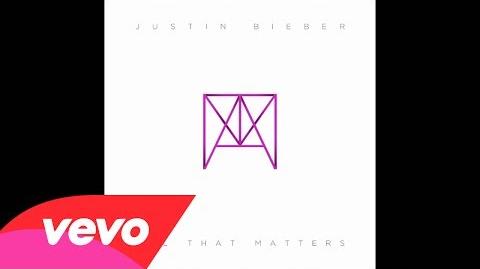 Justin Bieber - All That Matters (Audio)

justinbieber "All That Matters at Radio! Request it! Thanks" via Instagram

justinbieber "You're all that matters to me" via Instagram 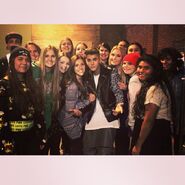 justinbieber "Love to the #beliebers I met at the #allthatmatters shoot yesterday." via Instagram 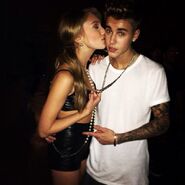