“Bad Day” is a single by Canadian recording artist Justin Bieber. It was released on November 4, 2013.

There are times in relationships where things aren't going well, where you know something isn't right. But when you're in love, you feel like no matter what, you'll make it work...until the day comes where the other person doesn't feel the same way and walks out. That day - the day where everything you were willing to fight for is gone - is what Bad Day is all about. - JB

Poo Bear released the song in 2012 on his EP #Beats2BreakUp2. Poo Bear later gave the song to Justin which has a slightly different melody and lyrics. It has interplotations of the Isley Brothers' “Footsteps In the Dark”, which was famously sampled on Ice Cube’s “It Was a Good Day”. 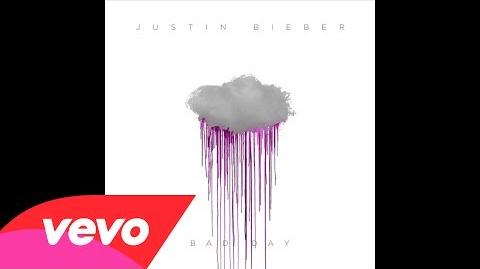 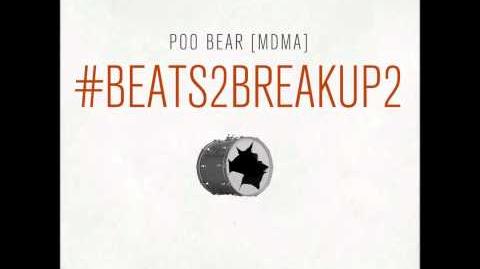 And that moment was so hard for me to breathe, yeah
Cause you took away the biggest part of me, yeah
Life is so unpredictable, yeah
Never thought a love like yours would leave me all alone oh no

Didn't waste any time
Like you had already made up your mind
No sympathy
Cause I was out of line, oh yeah

It was a bad day!

Hey hey hey...
I know I was wrong
But you could've said goodbye baby
It was a bad day
Now I'm like whoa

justinbieber "To all my Brazilian fans you are incredible!!!!" via Instagram

justinbieber "This #Musicmondays from the heart I need u to #pushit #badday" via Instagram
Retrieved from "https://justinbieber.fandom.com/wiki/Bad_Day?oldid=128259"
Community content is available under CC-BY-SA unless otherwise noted.