Colin Leonard
Changes is the 5th studio album of Justin Bieber, released February 14, 2020.[1] This album is dedicated to his wife, Hailey Bieber.

On April 22, at Coachella 2019, Weekend 2, Ariana Grande invited Justin Bieber on stage, where he confirmed that he will be releasing a new album soon.[2]

On December 24, Justin uploaded a teaser for his upcoming YouTube documentary, Justin Bieber: Seasons, which features snippets of four songs from Changes: Forever, Second Emotion, Come Around Me and lead single Yummy.

On January 27th, Justin announced the release date of the album on Ellen.

On January 3rd, 2020 was released Yummy, lead single of this album. Next day was released music video along with Yummy T-Shirt collaborated with Justin’s clothing line Drew House.

On January 31, 2020 was released a promo single Get Me featuring Kehlani.

on February 7, 2020 was released Intentions featuring Quavo as second and last single of this album. Through music video Justin announced he donated 200k dollars to the Alexandria House.

In February 2021, Forever was released as the fourth single featuring Post Malone and Clever. 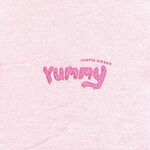 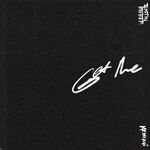 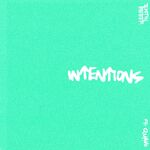 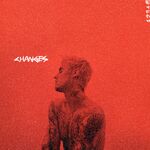 A month after lead single Yummy was released remix version with Summer Walker.

The album photoshoot was taken on December 16, 2019 in Los Angeles by Joe Termini. The cover shows us Justin looking to the side. Where the color red predominates. Even so, it is not the first time that this color predominates in a Justin album, this was in the limited edition of Under the Mistletoe released in 2011. Thehe Changes cover shows us a shirtless Justin, his second time doing this since his fourth studio album Purpose.

Also like Purpose, Justin Bieber's own name does not appear on the cover. These two are the only ones where that doesn't appear. But what does appear, as on all of Justin's albums, is the title logo, designed by "Buff Monster."

The most important detail appears at the top right, where it appears from number 1 to 5, where the latter is circled. Making reference that they are in front of the 5th studio album Changes.

Changes debuted number 1 in the US Billboard 200, becoming Justin's 5th No. 1 studio album and his 7 overall. At 25 years old, Justin becomes the youngest solo artist with seven No. 1 albums, surpassing Elvis Presley's record set in 1961.