@CodySimpson
Cody Simpson is an Australian pop singer, songwriter and actor from Gold Coast, Queensland. On September 22, 2011, it was announced that Cody Simpson hired Justin Bieber's manager, Scooter Braun as his manager. Cody toured Europe, doing his own tour dates as well as supporting Justin Bieber on many of the European Believe Tour dates. Justin and Cody made a collaboration album with their own artist name: JB x CS. However plans changed after their first single "Home To Mama". They both decided to go their own way and never release the album. There was already made a photoshoot for their collaboration. 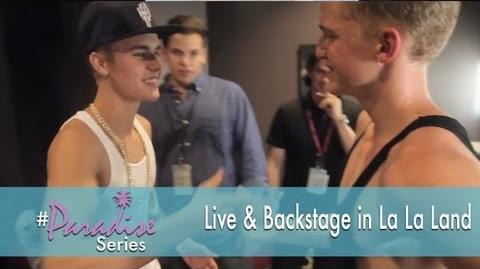 Spend All Day & All Access with Cody on The Paradise Tour Episode 20
Add a photo to this gallery
Retrieved from "https://justinbieber.fandom.com/wiki/Cody_Simpson?oldid=143420"
Community content is available under CC-BY-SA unless otherwise noted.