On November 15, 2013, the trailer released exclusively on Yahoo Movies and presale tickets started which could get you a new song from Journals called “Alone”.[1] The film was released on Christmas day, December 25, 2013.

This film follows not only shows the singer's rise to fame, but also the controversial moments that made headlines around the world. Usher and Scooter Braun, who both discovered the Canadian musician takes us inside the life of this pop icon in the latest footage.

The film received mixed to positive reviews from film critics. It holds a 57% rating on Rotten Tomatoes, but received $6.1 million at the box office failing to make it up to the first film's amount of $99 million. 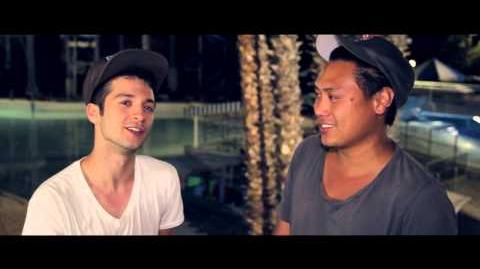 Retrieved from "https://justinbieber.fandom.com/wiki/Justin_Bieber%27s_Believe?oldid=99438"
Community content is available under CC-BY-SA unless otherwise noted.