Gifted by Scooter Braun and Usher for Justin's 17th birthday 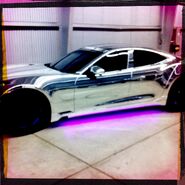 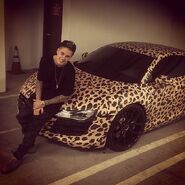 Justin Bieber buy the Aventador S in 2018. The first time that Justin was seen in the car was on February 11, 2018. Leaving the studio in Los Angeles, California.

Justin introduce the car on ig stories in 2018 with the caption "big boy toys".

Justin Bieber appeared with the car for the first time on January 30, 2021, leaving a restaurant with Hailey. The customization was made by West Coast Customs, and took many months to manufacture; A unike customization, the only in the world. The car was inspired in the Rolls-Royce 103EX Vision 100 concept, presented in 2016.