Meet Me at the Club

“Meet Me at the Club” is an unreleased song by Justin Bieber and Khalil.

Soundz posted a snippet of the song on his Snapchat on April 14, 2016. Then on November 23rd 2016, Soundz posted another 30 seconds snippet video of the song where you could hear both Khalil and Justin, then someone combined all of the snippets and made an edit, later on they posted it which made everyone think that it's the actual song, the song is still unreleased and some lines from Justin's verse are missing.

Song was produced by Soundz and sounds a lot like Khalil's - “Yeah She Know It” which he also has produced in the same year and written in 2013.[1]

Meet Me At The Club ft. Khalil (snippet) 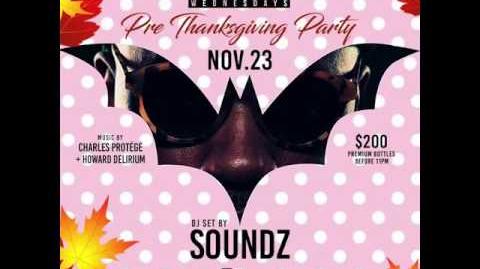 Meet Me At The Club - Justin Bieber

[Verse 1: Khalil]
Bad chick, she getting naughty (Naughty)
My group is at the scene, tell your friend I'm sorry (Sorry)
We pull up to the club and then we start to party (Uh-huh)
Last time was in a Bent, this time brought out the Rarri (Yeah)
Have a hundred by my neck, I'm still the old me
Yeah I heard them ni‏ggas talkin' and they don't know me
She said she ain't been here before, but she gon' see
I get the poppin of the bed she just owe me

Retrieved from "https://justinbieber.fandom.com/wiki/Meet_Me_at_the_Club?oldid=140449"
Community content is available under CC-BY-SA unless otherwise noted.