The Much Music Video Awards (also known as (the) MMVA or MMVAs are annual awards presented by the Canadian TV channel Much to honour the year's best music videos.

Justin performed All Around the World and Boyfriend. 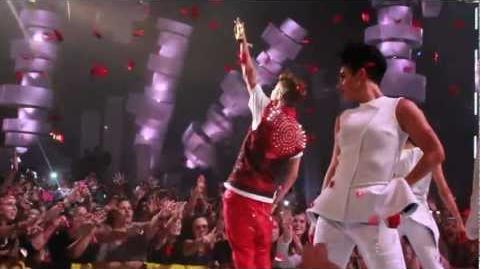 Justin Bieber - Boyfriend and All Around the World, MMVA 2012
Retrieved from "https://justinbieber.fandom.com/wiki/MuchMusic_Video_Awards?oldid=92587"
Community content is available under CC-BY-SA unless otherwise noted.