Purpose is the fourth studio album by Justin Bieber, released on November 13, 2015, by Def Jam Recordings and School Boy Records. The album was preceded by the release of the worldwide number one lead single "What Do You Mean?", and the record-breaking second single "Sorry". The third single "Love Yourself" was also a success, reaching number one in the UK and New Zealand and the top ten in Australia and the United States. "Company" was announced as the album's fourth single. It was serviced to CHR/Pop stations. Purpose became Justin's 6th album to debut at number 1 on the Billboard 200 chart. Every song on this album has hit the US Billboard Hot 100 Chart. This happened on December 5, 2015.

Justin Bieber told Poo Bear that he wanted his next album to be “inspirational” — a chronicle of being built up only to be torn down. They wrote more than 100 songs together for “Purpose,” often workshopping melodies and tweaking lyrics from Poo Bear’s sketches.[1]

The album was announced on 2, September 2015. The title was revealed through Bieber's social accounts with a black background having a hashtag of "6 Weeks" and the album's title. 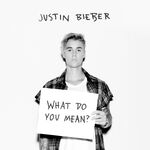 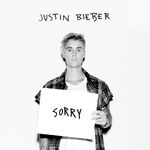 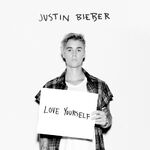 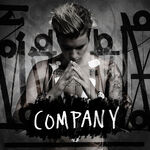 Premiered as a 9-piece collage Instagram post, Justin collaborated with well-acclaimed artist RETNA for the artwork of his upcoming album, "Purpose". There are 2 variants, a black and a blue cover. The blue covers are for special editions like Japan, Walmart, super deluxe,... There was also another cover which didn't release, which RETNA had put the image on his Instagram on September 11, 2015.

Justin's cover was banned by Muslim countries because he has a Christian cross tattoo, so Justin and his team had to make a new and exclusive cover in which photos from his I'll Show You shoot were used. 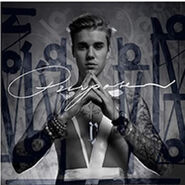 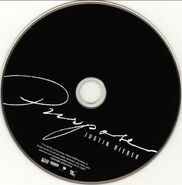 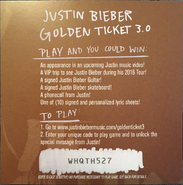 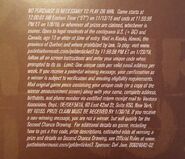 Purpose debuted number 1 in the US Billboard 200, becoming the 4th n. 1 Justin Bieber's studio album and the 6th overall.