2004-present
Sean Kingston is a Jamaican-American singer. He pursued a music career and debuted in 2007 with the album Sean Kingston. Justin Bieber and Sean are very good friends, Justin pranked Sean in Punk'd and they made a mixtape together which never released called Our World.

Kingston was born on February 3, 1990, in Miami, Florida and moved to Kingston, Jamaica when he was six. He attended high school in Ocho Rios. His grandfather was the noted Jamaican reggae producer Lawrence Lindo, who worked under the stage name Jack Ruby. At age 11, Kingston spent 3 weeks in jail for breaking and entering, and Kingston lived in a car while his mother was incarcerated for identity theft.

Their friendship started after they made “Eenie Meenie”. They used to talk on the every basis and saw each other on Skype.[1] In July 2010 Bieber went to LA with Sean Kingston to get some frozen yogurt. 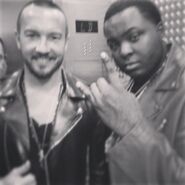 justinbieber "New boy band there comin out the woodwork" via Instagram 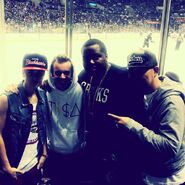 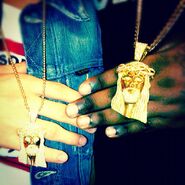 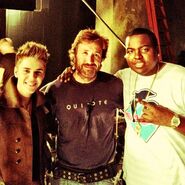 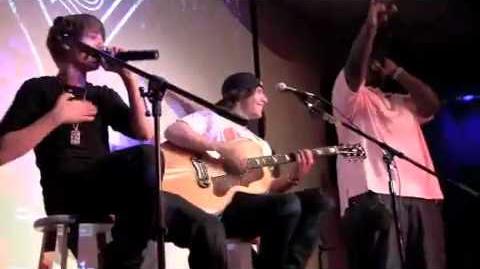 Retrieved from "https://justinbieber.fandom.com/wiki/Sean_Kingston?oldid=130676"
Community content is available under CC-BY-SA unless otherwise noted.