We Are the World 25 for Haiti

“We Are the World 25 for Haiti” is a charity single recorded by the supergroup Artists for Haiti in 2010. It is a remake of the 1985 hit song "We Are the World", which was a song by USA for Africa. Justin sings the opening lines. This time to aid victims of the devastating earthquake in Haiti.

When recording the song, Justin Bieber didn't really feel like he finished his lines and the crew said it was time for Pink to come in. Later a guy said Bieber was really good and wanted to give him another chance and brought him in the big studio where Lionel Richie was. Justin Bieber originally had a line in the middle of the song but Lionel wanted Bieber to sing his line.[1] 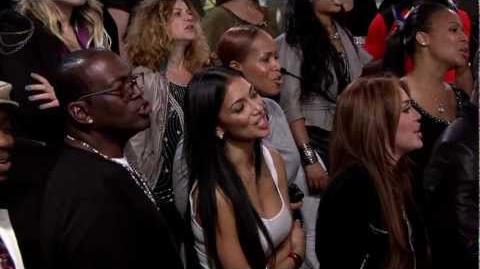 Retrieved from "https://justinbieber.fandom.com/wiki/We_Are_the_World_25_for_Haiti?oldid=137066"
Community content is available under CC-BY-SA unless otherwise noted.