Skrillex / Diplo
Not to be confused with Where Are You Now?.

“Where Are Ü Now” is a song by Skrillex & Diplo as Jack Ü and Justin Bieber. The song was released on February 27, 2015 on digital music stores as well as on SoundCloud.

Interestingly, Justin has his own song called “Where Are You Now” which was featured on his debut studio album, My World 2.0 back in 2010 as a bonus on editions sold at Walmart and in Australia. This is NOT remix of that track, but an entirely new song with different lyrics and music. Diplo and Skrillex have created an uptempo beat that features Justin singing softly, essentially combining EDM with a breakup ballad.

Click here to read the backstory of “The Most”.

During the New York Fashion Week, Scooter Braun decided to send “The Most” to Diplo, so he and Skrillex, also known as Jack Ü, could rework it into the track featured on both albums.[2] On November 14, 2014 the news was out about the Jack Ü collaboration as a Dash DJ had heard the song.[3][4]

Poo Bear played the original on an online radio a few months after the release of “Where Are Ü Now”. The track was put on Purpose as a special bonus track on the Japanese, Walmart and super deluxe edition.

Where Are Ü Now (with Justin Bieber)

From May 29 to May 31, 2015, there was an event held at the Jack Ü headquarters for fans to customize the photo-shoots for the "Where Are Ü Now" music video with crayons and colored pastels. Two teasers for the video were released on June 26, 2015,[5] with Samsung+ debuting the video on June 27, 2015, and YouTube and Vevo on June 29, 2015.[6] According to the duo in a post on YouTube, "We are being overwhelmed, in a good way, by the success of 'Where Are Ü Now' with Justin Bieber, so with the video we wanted to just take it back to the beginning of the record and essentially create an ode to our fans. Doing what we do, it's entirely all about the fans. We walk a fine line by being 'famous' and in the public eye but we are only here because of you, the fans. Justin wrote this record during a tough time in his life and it comes to us that sometimes, as artists, we are also just objects and we have to take that as much as we have to use that to create. We all do this for you, respect that you put us here and it's Ü that made the video."[7]

The video begins with a white Jack Ü logo on a black background. The video then switches to Justin Bieber standing and swaying in front of a white background and it rapidly shows random art while Bieber is doing this. 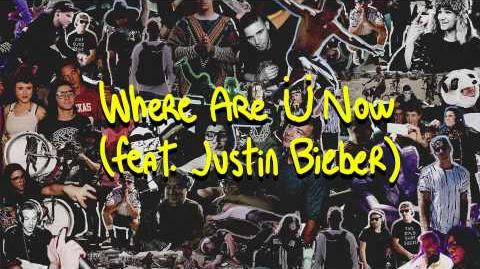 Skrillex, Diplo and Justin Bieber - Where Are Ü Now 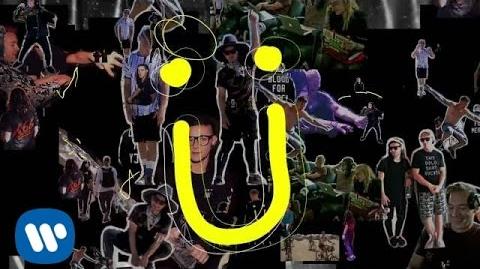 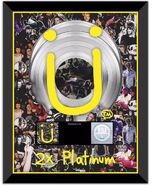 List of awards and nominations of Where Are U Now.

Where Are U Now was the second Justin song that was nominated and the first to won a Grammy Award.